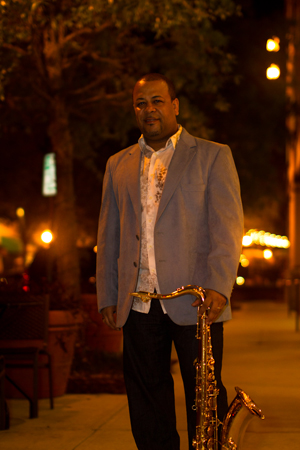 After an 18 month journey my new project “In Transit” is finished! I am happy to report that it will be available soon for pre-order here on this web site and globally soon after.

Just as last time, the CD project started out sort of nameless.  Instead of coming up with a theme we let the music itself determine what it made us feel like.  The 1st song of the 12 on the project was written while performing at a local restaurant over 2 years ago.  Many times we would come up with grooves on the spur of the moment and experiment with melodies and and progressions.  Just whatever the mood inspired.  Most of the time we never remembered what we did.  We probably had lots of good stuff just float into the air and the minds of the crowd but never made it onto “wax” as we would say who remember that term.

One time I saved what was played on my iPhone memo recorder.  When we started the project months later I found the clip, we listened and fleshed out the song.  By the end of the night what was to be “Morning Sun” was born.  When you hear this I think you will think it is one of the more soulful songs on the project.

Most of those early songs were created at the house sitting in my office with Derrick Harvin playing keys with the board on his lap and me pulling out different horns and testing for the appropriateness of the tone with the music he was tickling out.  Starting with a few chords and me coming up with some melodies on top, we would create the verses, bridges and structure of the songs.  End of the night we would record it on Garage Band and then Derrick would start molding it into a quality tune at his home in the wee hours of the morning.

During this early time with only 2 songs developed I was fortunate to meet Guitarist Steve Oliver on a Jazz Cruise we were performing on along with The Rippingtons Featuring Russ Freeman and Jeff Kashiwa.   Steve graciously agreed to collaborate on a few tunes with me.  Man did that put some energy into the mix!  We wrote a song that had Steve in mind and sent tracks back and forth across the country. Steve is in Los Angeles and I am of course in Orlando.  That is how we do it now!  Steve was given the honor of naming the tune and decided to call it “Latismo”.  I think you will love the groove on that.  We also collaborated on a tune I eventually called “Moonlight Cay” that should evoke the mood of dancing by the sea under a starry sky.

As we gained momentum the compositions started to evolve and a theme started to suggest itself.  More and more we saw the songs gain more sophistication and as “My Life” was released in 2008, this showed a growth over the last 3 years regarding musical style. We began to get more excited about where we were going.  Clearly we were working on something that really showed musical movement from one state to another.

More songs were included and I just had to add some songs that I had been performing live for a while but never made it into the studio like “My Funny Valentine” and “Biggest Part Of Me”.  I still like the old school Jazz and R&B I must admit!

Derrick then wrote the music for a song that had this really moving beat.  It immediately made you want to start bobbing your head.  You felt excited when hearing it.  You felt like “Whoa!”,  “I didn’t expect that!”, “This is nice!”  We came up with a melody and I took it back home and by the next day I had the demo.  After recording we knew we had something special.  This was change.  This was “In Transit!”  This became the title of the project and the focus for the rest of the CD.

David “D1” Grant then sent over a song for consideration that had this really nice melodic part over some really moving chords.  This became “Amsterdam” which will be my destination in a few months. That will be explained in another post!

Towards the end we finished it off with some more “Old School” R&B with my favorite band Earth Wind and Fire – “September” and some Mint Condition.  I won’t even tell you the name of that one.  You will have to wait!

Derrick then created an intro that evokes the feeling of traveling from one place to the other.  A journey.  Sounds of the train, the plane, the airy sax over the top and the European beats creates a mental picture that tells you something is coming.  I titled that “Le Voyage Transatlantique” and you can hear that and the title cut “In Transit” as a preview.

Making a CD takes a lot of effort and takes a lot out of you.  It has been a grueling process of writing, late night recording sessions at the studio, all of us being pushed to the edge.  Relationships get strained and at the end you find out who is really in your corner.  The emotional impact of all of that striving to create, striving to improve, striving to work together to make it over the finish line without compromise on quality has created something in that crucible that surpasses anything I have done musically.

I think it came out wonderfully!  The people in my unofficial focus group, “Friend and Family” from those you that remember MCI, simply love it!  And many of these people are serious about their music and would not pump me up with a false review.

I think this CD will be something that has a much greater emotional impact than my first project “My Life” and hopefully you will love also.